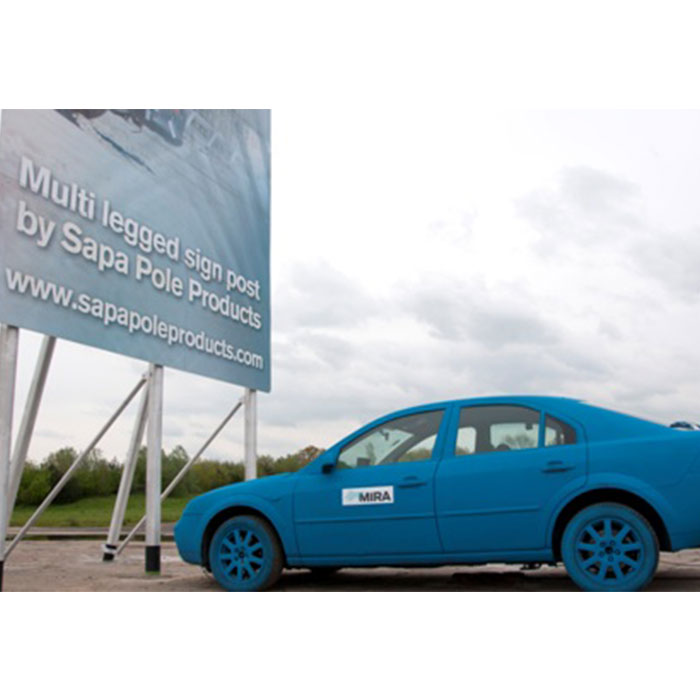 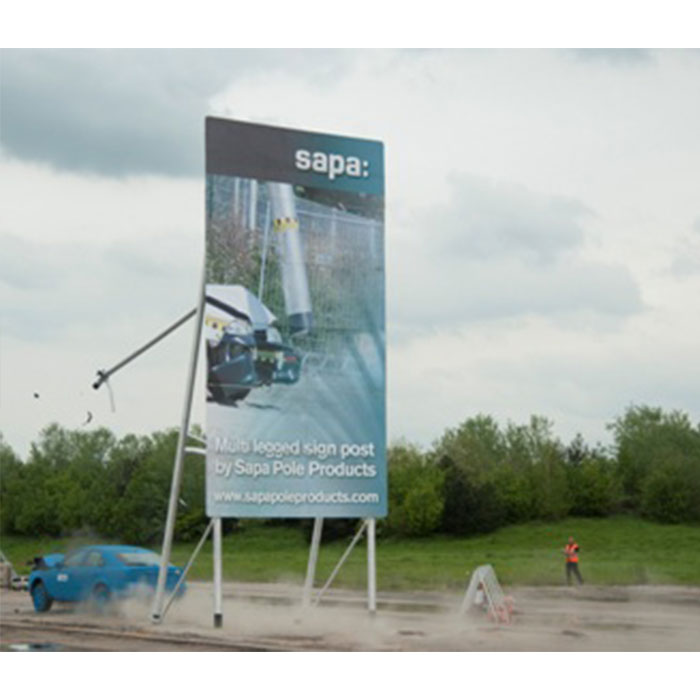 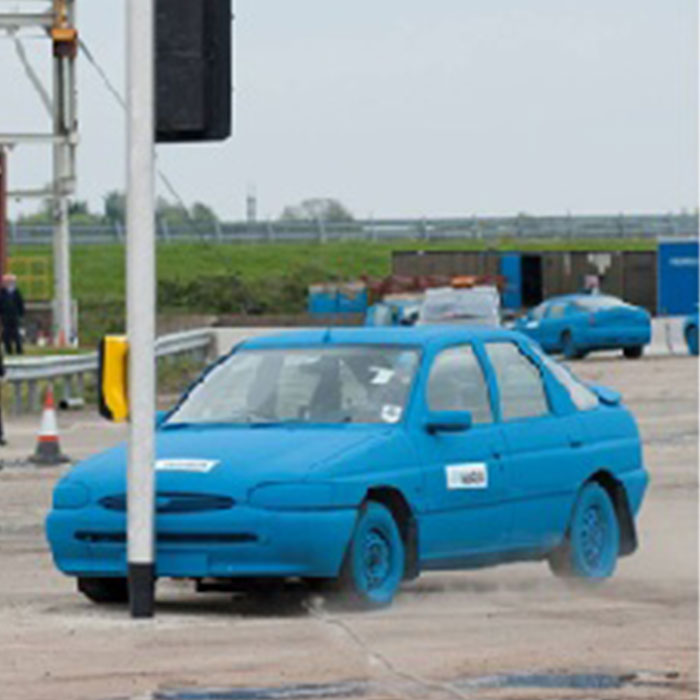 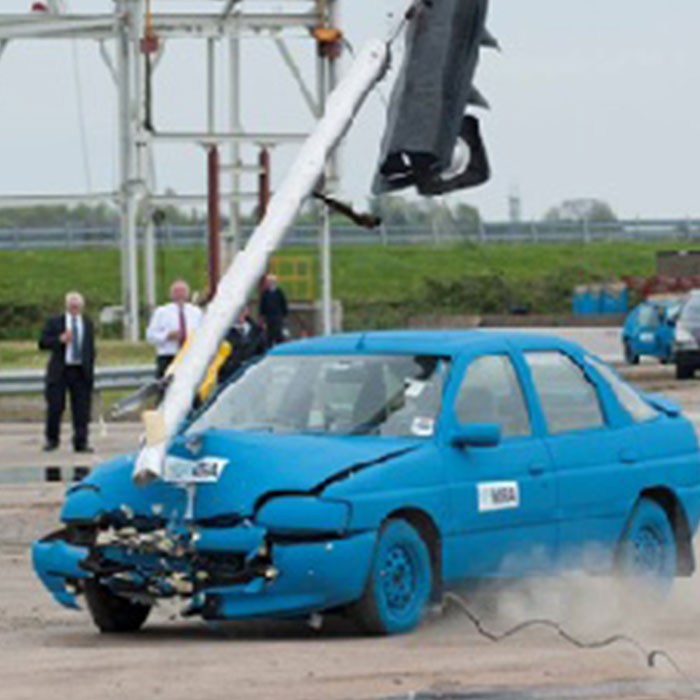 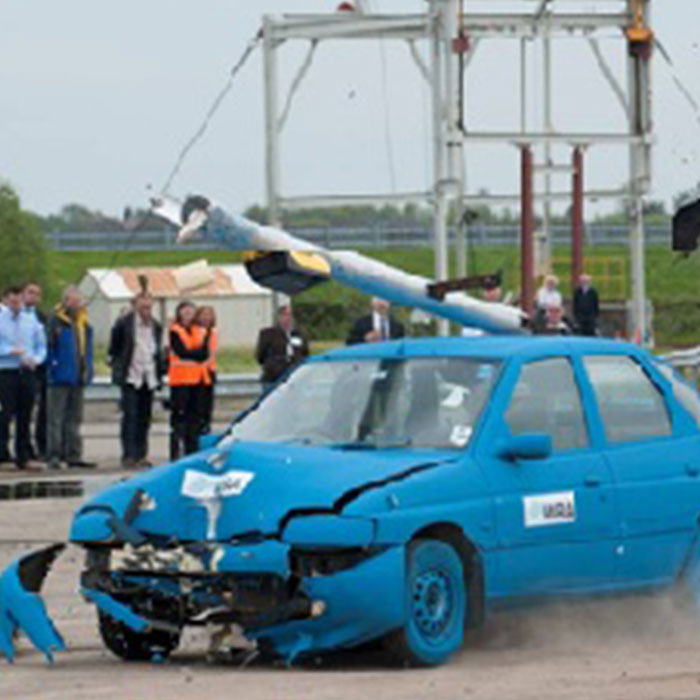 The development of passively safe lighting columns has been ongoing for more than 40 years, which is hardly surprising given that the amount of traffic on the roads is increasing all the time. In Europe, lighting columns must comply with the EN 40 standard. In addition, a crash test must have been conducted in accordance with the EN 12767 standard. The standard makes a distinction between the following: impact speed (50, 70 and 100 km/h), performance level (HE, LE and NE) and safety for occupant(s) (1, 2 and 3). The safest column for a particular road situation depends on the permitted speed, the presence of other obstacles/objects and the possible presence of third parties. The safest column is the best choice not just for the passengers of the colliding vehicle but also for any pedestrians. At locations where there is a secondary danger behind the column, HE columns are the best choice, if it is not possible or desirable to use a crash barrier. Columns with an NE classification work very well if there is an “empty background”. This NE class can be achieved by fitting the column with a shear off construction, for example. LE columns are often chosen as a compromise solution for county roads. LE columns often naturally possess the right qualities and so require no extra engineered solution, which is very cost-effective. We recommend the following when the use of passively safe columns is considered: Make sure the columns are regularly tested on the effects of degradation (e.g. corrosion). When you make a well-considered choice for passively safe columns by taking the above recommendations into consideration, the columns will increase the safety level without becoming an obstacle. 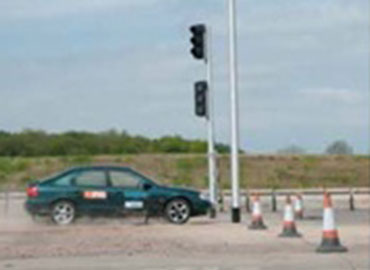 Even with low speeds, a collision with a tree crash can be fatal. This is not the case with aluminium lighting columns from Hydro. Hydro Pole Products have developed a special shear off solution. This in-built solution is unique, as it will shear off in the event of an impact, and is unaffected by the direction of the impact. Available family classifications: 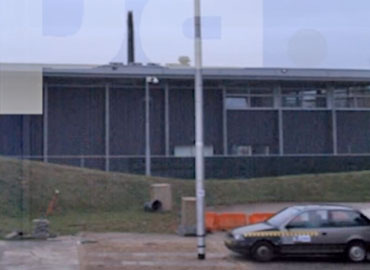 The safest solution in case there is an obstacle behind the column. If a decision is made to use passively safe lighting columns, it is possible to choose from a number of different crash classes. The safest column for a particular road situation depends on the permitted speed, the presence of other obstacles/objects and the possible presence of third parties. The safest column is the best choice not just for the passengers of the colliding vehicle but also for any pedestrians. Obsticle behind the column HE columns decelerate a vehicle the most but generally also cause the most damage to the vehicle which can result in secondary danger for the occupants. In addition, the occupant(s) will have to cope with a greater impact than in case of an NE/LE column. The exit speed is between 0 and 50 km/h (for a test at 100 km/h), which means that the risk of secondary collisions with trees, pedestrians and/or other road users, for example, is reduced to the lowest possible level. The ultimate HE3 column stops the car (NO exit speed) and at the same time achieves the required occupant safety level. The HE3 column of Hydro To obtain the HE3 classification, a patented ‘catch-up’ construction is integrated into the column. The construction ensures that during an impact, the speed of the vehicle is heavily reduced, whilst at the same time, guaranteeing maximum occupant safety. 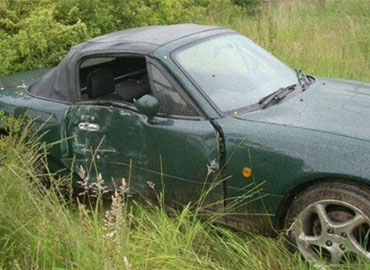 The in between passive safe solution. Low energy absorbing lighting columns are generally designed to bend in front of and under the impacting vehicle, before tearing or detaching towards the end of the impact. Knock-down test video of a car hitting an LE column of Sapa can be viewed to the right . 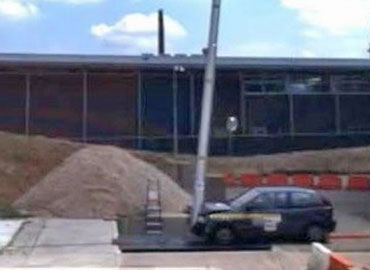 The safest passive safe classification for medium and high speed roads. NE3 is the safest passive safe classification for medium and high speed roads. The impact speed of non-energy absorption (NE), combined with the 3rd occupant safety level, demand special requirements of a column. Hydro Pole Products has developed a special shear-off solution. This in-built solution is unique, as it will shear-off in the event of an impact, and is unaffected by the direction of the impact. The solution is based just above the ground level of the column.
Sleeved foundation To rule out deviations in the soil type (compared to the test determinants), the influence of soil variables can be minimized by installing the column into an over-sized plastic tube or ‘sleeve’. For shearing NE3 poles this can be done using a concrete element, for example. The element consists of at least 500 kg concrete of minimal C20/25 quality and creates a stabilising structure around a vertical column. By positioning enough concrete around an NE3 column with a shear off construction (which was originally tested in Soil “S”), all the variables in the soil are eliminated. This guarantees the NE3 classification. 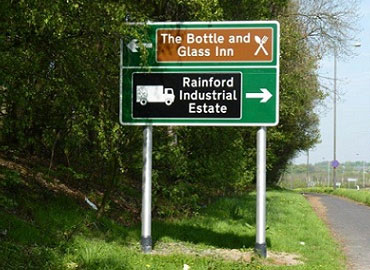 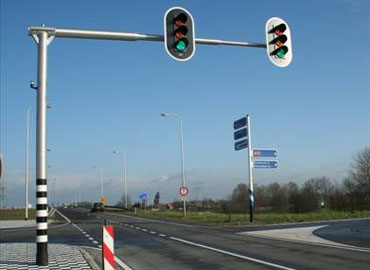 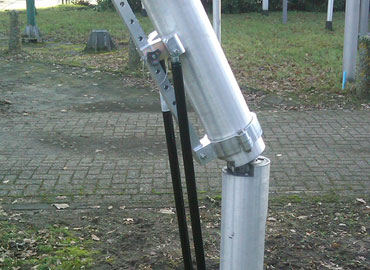 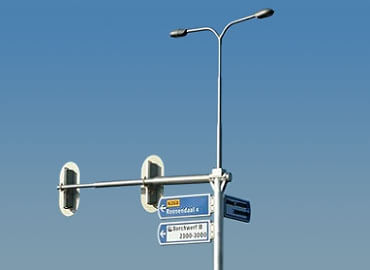 
If you would like more information on this product, please feel free to call us on

or contact us by filling in the contact form below and we will get back to you. Thank you.
call back